Majestic humpback whales are found in many of the world’s oceans and, due to the staggered nature of their migration, they may be found year-round in the waters around Vancouver and Vancouver Island.

As the fifth-largest whale in the world, humpbacks can grow to an estimated 17m in length and weigh 40 thousand kilograms or more with the largest one ever found clocking in at 27m long and 90 metric tons!

How To Identify a Humpback Whale

When spotting humpback whales, look for their stout, dark-grey bodies, long pectoral fins and small but distinct dorsal fins. They are well known for their beautiful tail flukes that have unique shapes and serrations along the trailing edge.

Humpbacks are some of our favourite whales to see on our Vancouver Island whale watching tours. They are very social, travelling in small to medium size groups (especially in the breeding grounds), and tend to put on spectacular shows with their frequent fluking and surface-active behaviours like jumping out of the water and slapping their fins. They are also known to be very vocal whales, with males singing during breeding seasons as well as many vocalizations during social interactions.

Humpback whales are strongly migratory, spending the winter in tropical breeding grounds and colder water feeding grounds. They usually breed in Hawaii, Mexico and Central America and come to BC, Washington, and Alaska to feed.

Calves spend the first year of their lives travelling with their mother up to northern feeding grounds and then head back to the breeding grounds the following winter. After a year with their mother, they will separate from her and sometimes join with other juvenile whales for another year and a full cycle of migration. Humpbacks reach maturity around 9 years of age and may live up to 80 or more years!

In their feeding grounds, Humpback whales tend to feed on small schooling animals, such as copepods, herring, and krill. Krill seems to be their favourite food and makes up to 90% of their diet which can be a whopping 2500kg/day! They have the most diverse range of feeding strategies of all known baleen whales and use different strategies depending on the prey density, whale numbers, environmental conditions and more. 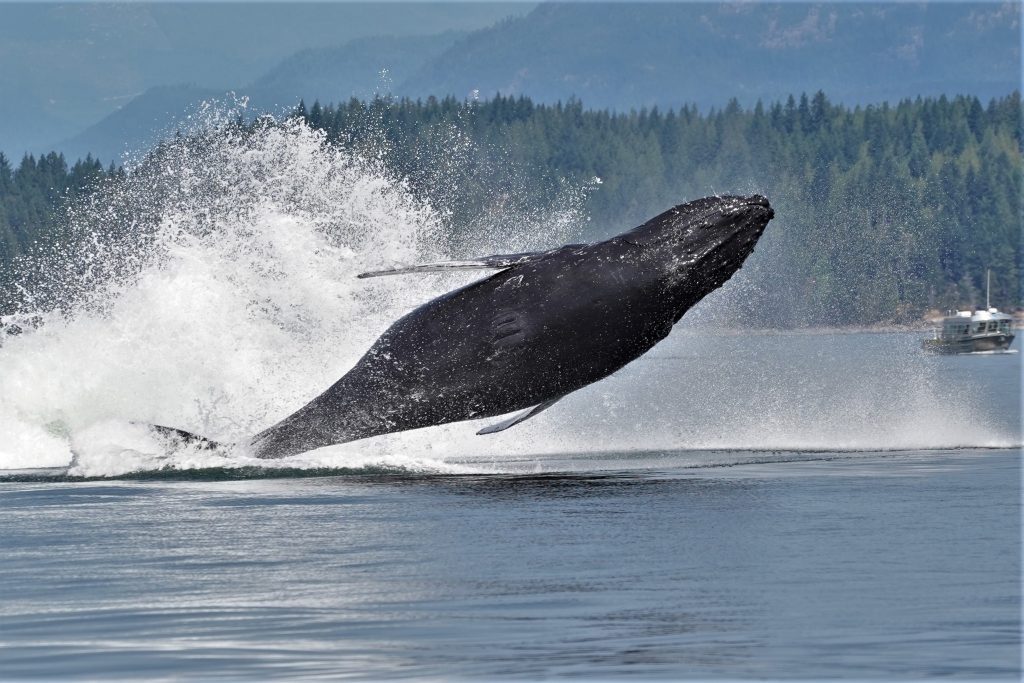 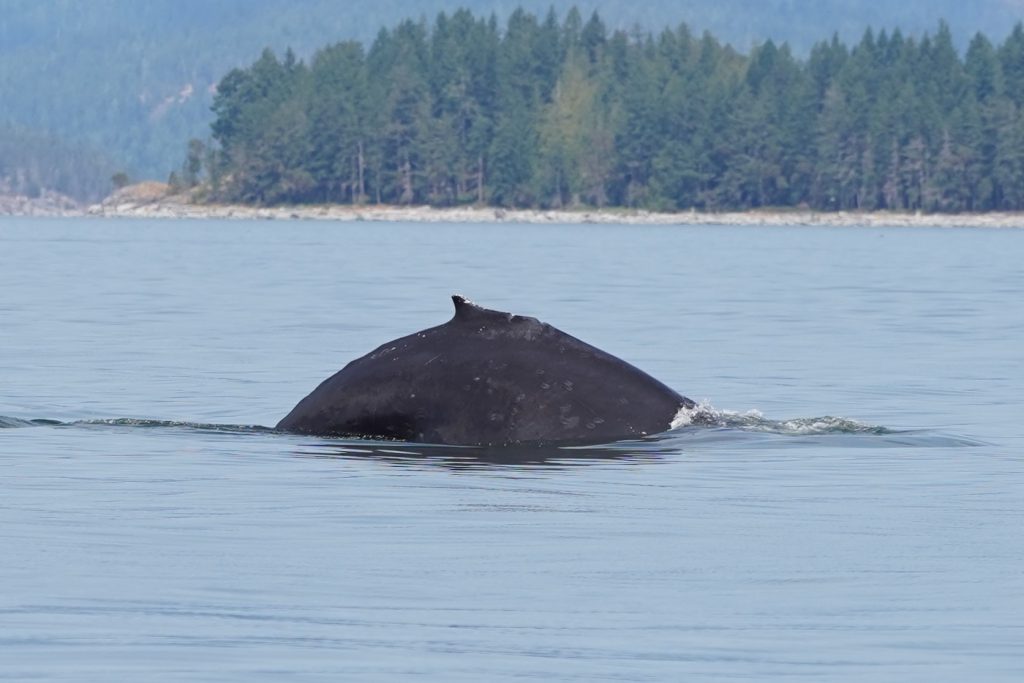 Humpbacks face many threats including historical whaling that drastically reduced their population, entanglement in fishing gear and vessel strikes. Despite these threats, humpback populations appear to be growing through the Committee on the Status of Endangered Wildlife in Canada still considers them “threatened”.

As a member of the North Island Marine Mammal Stewardship Association (NIMMSA), we are committed to creating a positive balance between human activities and the health of the local marine ecosystem including that of humpback whales. Learn more about our conservation efforts.

Join us on a whale watching tour in Campbell River

This website uses cookies to improve your experience while you navigate through the website. Out of these, the cookies that are categorized as necessary are stored on your browser as they are essential for the working of basic functionalities of the website. We also use third-party cookies that help us analyze and understand how you use this website. These cookies will be stored in your browser only with your consent. You also have the option to opt-out of these cookies. But opting out of some of these cookies may affect your browsing experience.
Necessary Always Enabled
Necessary cookies are absolutely essential for the website to function properly. These cookies ensure basic functionalities and security features of the website, anonymously.
Functional
Functional cookies help to perform certain functionalities like sharing the content of the website on social media platforms, collect feedbacks, and other third-party features.
Performance
Performance cookies are used to understand and analyze the key performance indexes of the website which helps in delivering a better user experience for the visitors.
Analytics
Analytical cookies are used to understand how visitors interact with the website. These cookies help provide information on metrics the number of visitors, bounce rate, traffic source, etc.
Advertisement
Advertisement cookies are used to provide visitors with relevant ads and marketing campaigns. These cookies track visitors across websites and collect information to provide customized ads.
Others
Other uncategorized cookies are those that are being analyzed and have not been classified into a category as yet.
SAVE & ACCEPT